November 15, by Joyce @ My Stay At Home Adventures Leave a Comment

The broke mindset is alive and well, and this election proves it.

You have to admit that this was one of the nastiest and most divided elections I have ever seen in my life. Social media sure didn't help, and people's Christmas lists are shorter this year. One thing I will say is that the broke mindset is alive and well, and this election proves that people continue to drop the ball when it comes to their personal finances.

Before I proceed with this post, I just wanted to say that this is not a political post, and I am not here to bash anyone's political views. I am here to tell you how people's broke mindset, and the perception of money, come out no matter the party side.

I made no secret to anyone that I love money. I do! I also love living with less and below my means. I had written before how we get treated or talked to because we are “weird.” The truth is, during the recession, people were worried about their finances. The sad part is that as the economy got better for some people, they threw caution to the wind and got too confident.

Others continued to simply not accept their financial mess and became bitter. Fast forward to this election and people's anger and fear of the unknown have divided this nation. I'm sure that social media didn't help with this at all!

If you don't know what a broke mindset is, let me start by explaining it to you; a Broke mindset are beliefs around money that affect the way people think of money.

People with broke mindsets believe that having more money, or winning the lottery, will complete them. People have broke mindsets when they get more money, or get a large sum of money, and continues to spend more with no plans of saving. Meaning, if they were to win the lottery, they would go broke fast because they have no financial plans or goals. 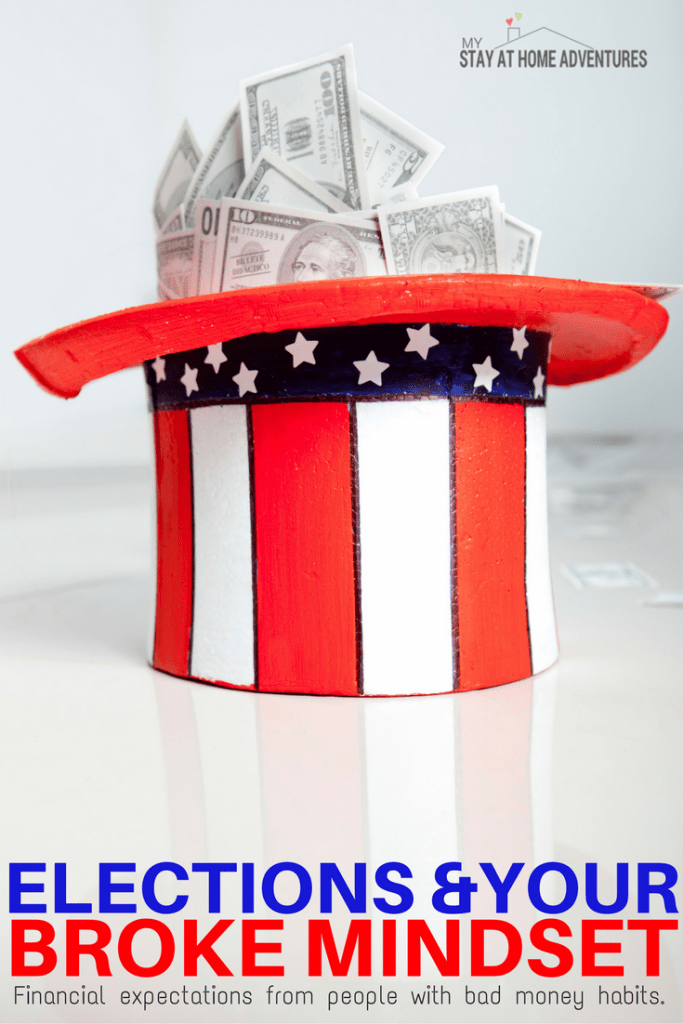 After the elections, I was asked if I was happy that a billionaire was now president-elect since I love money and finances. I listened as to why my friends and family members spoke about their money fears and why having a successful, rich businessman is going to help them financially.

I also listened to my family and friends who were concerned with their personal finances because they didn't vote for him (more about this later).

“He is not going to help your finances.”

Right away I was accused of not liking him, not voting for him, being a liberal, and so on; and quite honestly, I'm so used to people's assumptions about me it doesn't bother me anymore.

Here's the thing: if you voted for Clinton, Trump, or any candidate in hopes that your personal finances will “get better,” I hope you are ready to face some reality.

You see, you are responsible for your own money, your own finances, and your own wealth!

No one else, but you!

Your overspending habits, not living below your mean, trying to live your version of the American dream is what is killing your finances. Not the government, the poor, the rich, Republican, Democrat, and anyone else you want to blame for your financial mess.

Yes, I know that ACA is crazy and high, but let's be real here; before ACA, how were your finances? What did you cut or adjust since then? Insurance premiums have been going up for years! (This post isn't about ACA, but I am giving you an example on some of the excuses given to me to justify their bad money habits.)

Credit card use is on the rise among those that were affected by the last recession, and in my town, the number of new homes being built has tripled. People are buying, and people are spending!

I learned the hard way that no one is going to take care of you and your family except you! Voting is important and can help finances, but to a broke mindset person, taking the blame for their finances is simply crazy talk.

You see, the majority of my friends don't even have a budget and make more money than me. They like stuff, they buy stuff, and don't care about the future; until the elections.

This is the honest truth. Even now, they can't believe that I walked away from a good paying job and stayed at home. Also, since it has been a long time since I have given a personal update, but my husband found a new job with a 20% increase from before.

If you didn't take the time to look at your finances, did not look at your 401K plan, didn't make a budget, continued to live above your means during the past 8 years, and you think a billionaire president-elect is going to help you with your finances; you, my friend, have a broke mindset!

It was clear in our group conversation how many people don't take any responsibility for their finances. It is also very clear that many don't know the difference between being rich, and being wealthy. This is a problem; and the sad part is that they believe they are going to live better now with “a successful, rich President” now.

You are responsible to grow your own wealth.

Soon to be President Trump is not going to pay your mortgage, give you an increase in salary, pay your credit card, or pay your bills. YOU are going to do that. You are still responsible for your finances, no one else.

You want to live with less financial stress:

Live frugally and with less!

If in the years we have been on this earth, my friends, you haven't figured out that no president has told you to continue to use your credit cards, get a car loan, or told you not to contribute to your 401K, what makes you think President Trump or Clinton would have?

“Joyce, I am sick and tired or working hard and being broke while other people have better things and nicer cars and I'm struggling financially.”

People that have a broke mindset tend to do this:

The deserve attitude is what gets them in to trouble. We want to reward ourselves for everything because we believe we deserve it. We want gratification, now! Not later, but now! When I asked what they have done to their retirement plan during this conversation, the answer was NOTHING!

Some of my friends and family are so worried about the now, that they have not worried about the future. To them, it's the governments job and a fairy at the stock market to grow their retirement plan when they contribute less than 2%,  or even nothing, into millions when they retire!

The believe that having a businessman as president will make this happen with no work on their part! OR, they are going to use the excuse and blame him for their lack of personal financial planning.

As the conversation went on and the word wealth was thrown, I asked them if they would have been more comfortable having a wealthy businessman rather than a rich businessman as President, and their respond was:

“Isn't that the same thing?”

It is very clear that they don't know the difference, and the sad part is that I actually thought that after the recession, and witnessing how changing the way I live and my frugal ways, they would have learned something. The disappointing part for me is that no, they didn't learn! Many people have this idea of what wealthy people should look like and act like. Many people's perception of wealth and their make-believe work of money is what's killing their finances.

Something happened to them that is one of my biggest fears; they got too comfortable and went back to their spending ways. With no budget, no accountability, and now their finances are a mess and they are expecting a fairy tale ending to it with our new president.

Yet, they still take no responsibility for their debt!

NOW let's talk about those who are living in financial fear because Trump won.

It seems like they are scared that what little of their 401K is left will be gone! When asked what they did to contribute to or fix it, the same answer; nothing. My friends fear the loss of their jobs because they don't have money saved. Their credit cards are “up to the roof” and do not have a budget.

Do you see a pattern here?

In this election, to keep it on a financial topic, I will say that the broke mindset won. The majority of people believe that their money problems will be fixed, others fear that it will get worse; and if you look back, this is all their own doing. The others will blame the president-elect for their lack of financial planning.

Are you understanding how people with broke mindsets are processing this election?

They lived, and continue to live, with a broke mindset. Their definition of wealth means having money, and now they are scared; or setting themselves up for a brutal reality check.

Remember that wealthy doesn't mean money and power. It means the complete opposite of a broke mindset. Stop dreaming, my friends, and start living; that mythical winning the lottery is never going to happen, and start doing for you!

Excuses have to be eliminated. Do not accept that others either in debt or in worse shape than you makes your situation normal or OK; start believing in yourself. You control your life and your finances.

Education is key; learning how to manage your money, no matter what your income is, is important. You can make $100,000; but if you are not growing your wealth because you are too busy maintaining your rich lifestyle, you have a broke mindset.

Quit believing the hype, get away from social media. Stop reading what you want to because it makes you feel secure and right; start getting real because this is the reason you have a broke mindset.

If you got too comfortable these past years after the recession and didn't expect it to happen again, I have bad news; it is going to happen again! You have to expect problems, always. This is real life, my friends, you have to be prepared for the unexpected.

To my friends, family, and readers that are in a similar situation: this is why it is so important to learn how to manage your money. This is why many of us preach financial freedom. Remember money is not wealth!

During this stressful elections, how do you think your handling of your personal finances has helped you? 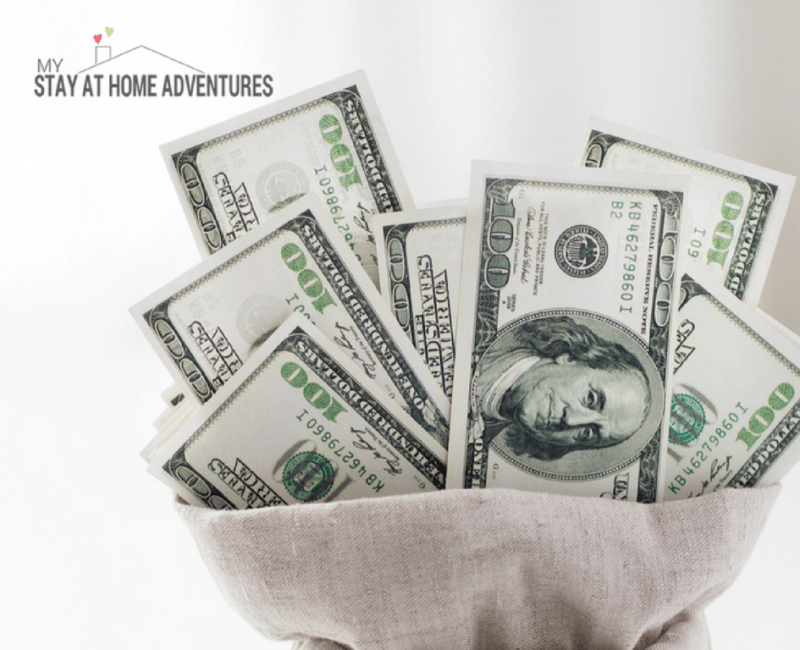 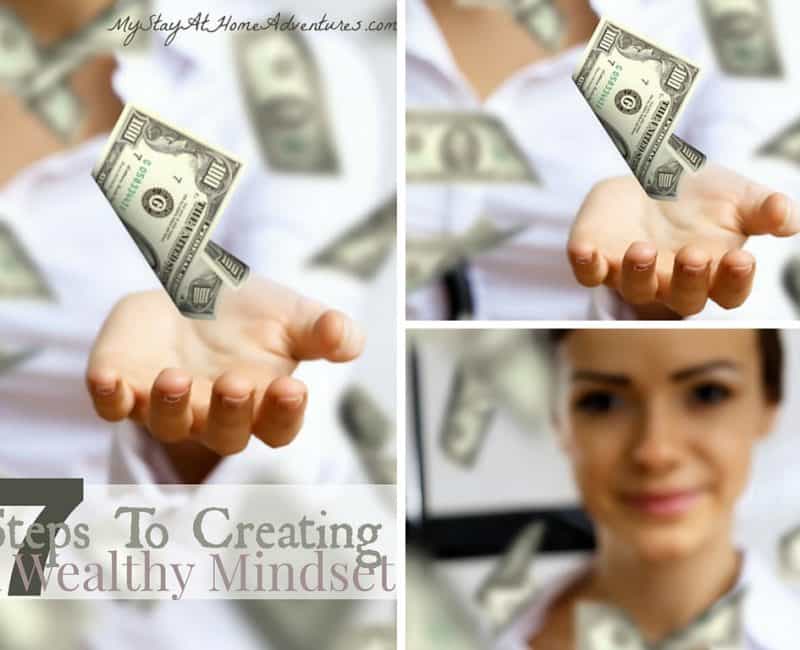 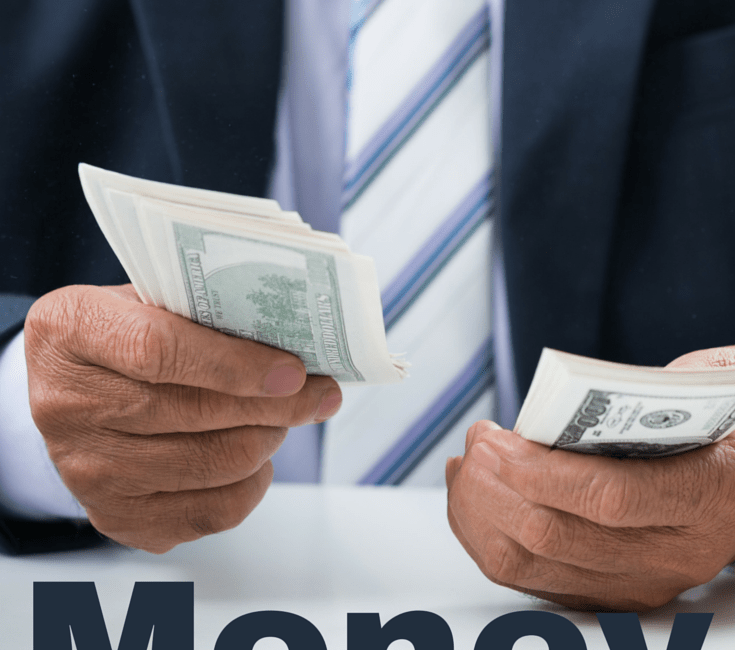 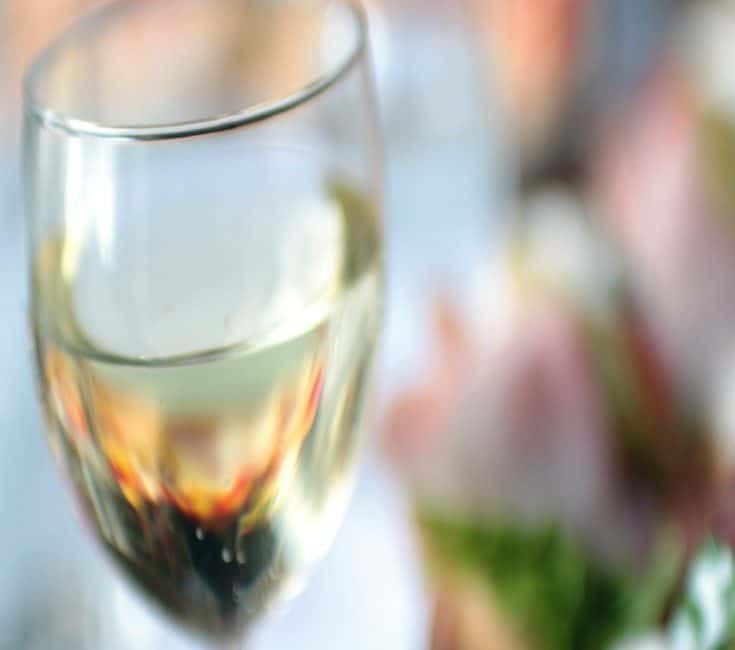 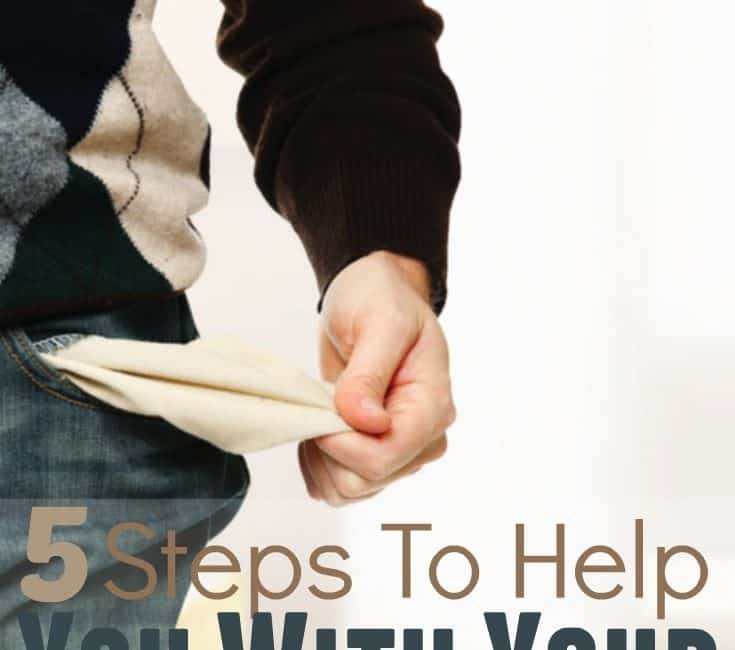 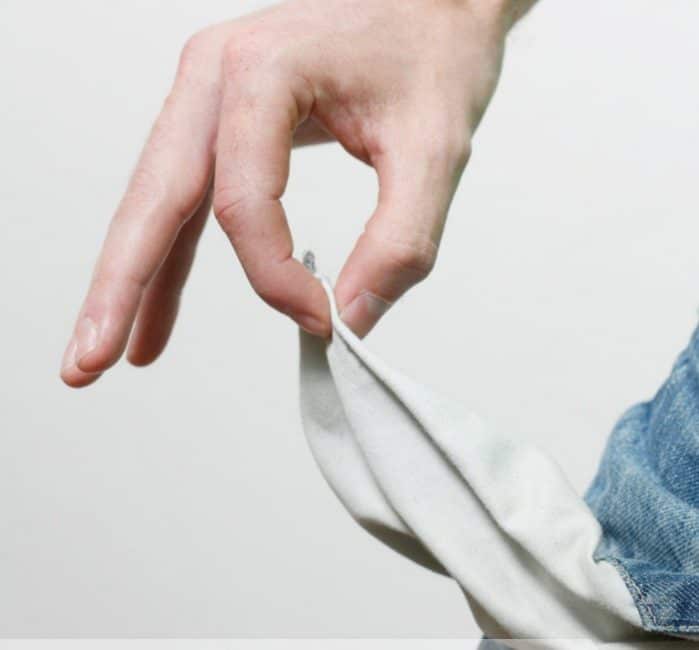 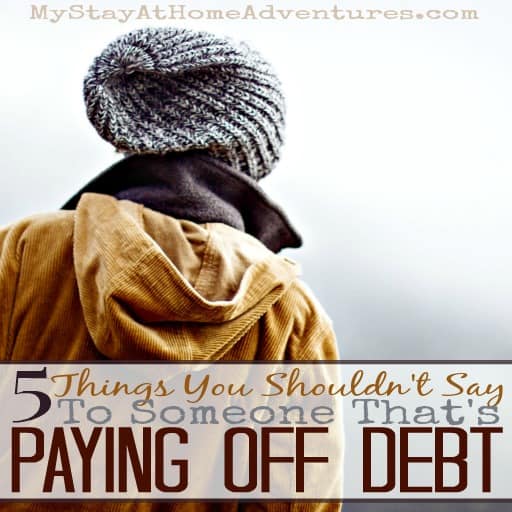 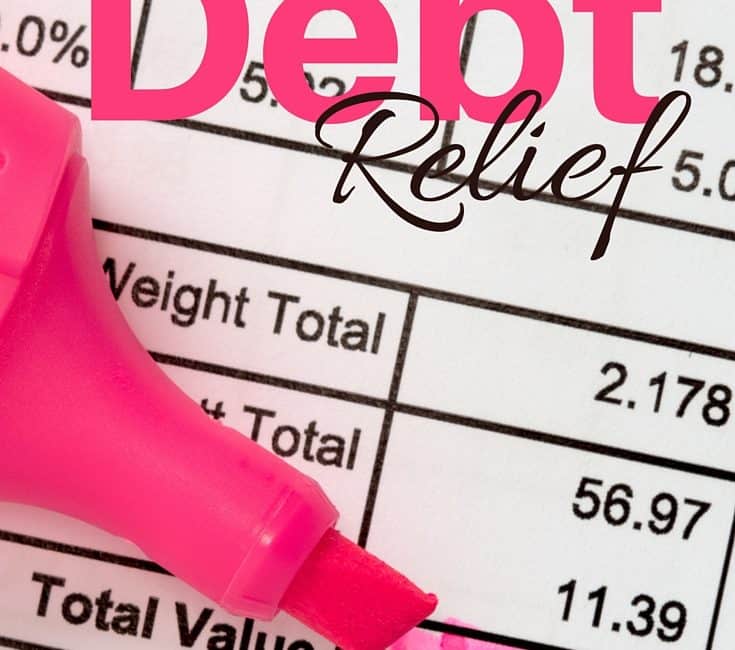 More from my site

Latina mom of 4 married to wonderful Greek gentleman. Living in southeast PA and trying to juggle family and a household while trying to earn an income from home. Follow my stay at home journey as I discover how to earn money and save money so we can continue to live debt-free.

Latest posts by Joyce @ My Stay At Home Adventures (see all) 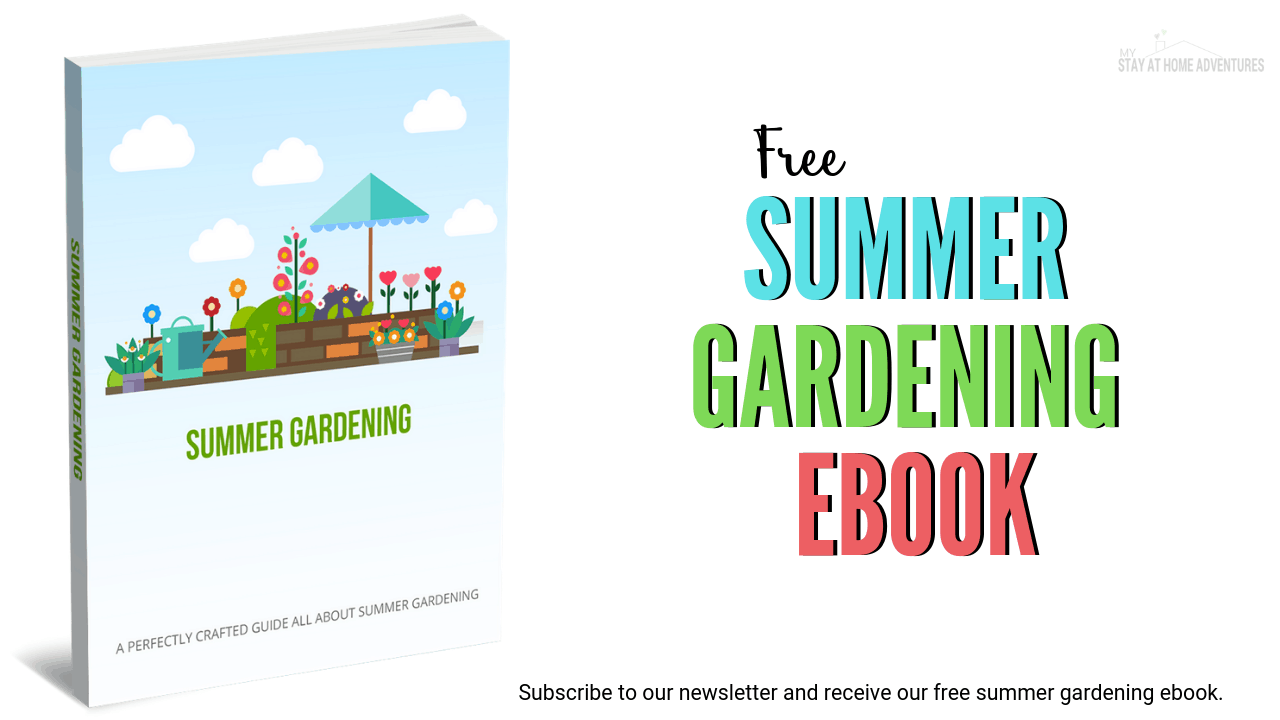 Welcome to my blog, My Stay At Home Adventures. My name Joyce a Latina mom of 4 wonderful kids (18, 6, and 3, 4 months) who writes about her adventures at home.
About MeContactPrivacy Policy
10shares